on June 03, 2020
where she and her family have lived since escaping the violence back home in the Dogon region.
Please assist with
A FUNDRAISER FOR THE CAMPS OF DISPLACED PEOPLE FROM THE DOGON REGION OF MALI
The  COVID -19 pandemic is spreading across Sub-Saharan Africa, threatening its most vulnerable citizens. In Mali, thousands of villagers have fled the central Mopti region where much of Dogon Country and the Niger River flood plain have come under the control of Islamic extremists.  Hundreds of villages have been ransacked, houses and granaries looted and burned and livestock stolen. Innocent women, children and men have been murdered in an interethnic conflict instigated primarily by outside forces.
Many Dogon and Fulani displaced persons from the Mopti region have been living in Bamako for over 3 years in tent camps without toilets or running water.  In such cramped quarters it is impossible for them to respect recommended measures of hygiene and social distancing.
In March 2020, a group of Malian students shot a video entitled Le Camp de l’Espoir documenting the living conditions in the displaced persons’ camp in the Faladié neighborhood.
https://vimeo.com/401417763  (password : Mopti).
On April 28th 2020, a fire broke out in Faladié, destroying most of the camp. Its residents were urgently relocated, rendering them even more prono to outbreaks of the COVID-19 virus that has already claimed numerous victims in the Bamako area.  Following the fire, the France 24 TV network broadcast a heart-wrenching report of the deplorable conditions in Faladié and other such camps.
https://www.facebook.com/FRANCE24/videos/272291027154096/
A group of Malians in Canada are launching a campaign to improe hygiene in the camps by acquiring latrines and better access to potable water.  Virginia Friends of Mali is partnering in this campaign and is asking for donations from our members and their networks.  Funds will be distributed in Bamako by CECI, a highly-respected Canadian NGO that has been active in Mali for over 30 years. www.ceci.ca/en
Donors will receive an acknowledgement of receipt and regular updates on how the money is appropriated.
Donations by check - Canadian and American donors:
Canadian and American donors can make a donation by check made payable to CECI, with "Mopti" on the memo line and send it to the following address:
CECI - Centre d’Etudes et de Coopération Internationale
3000, rue Omer-Lavallée,
Montréal Quebec Canada   H1Y 3R8
Donations by credit card
American donors who prefer to donate by credit card can do so by telephone:
Ginette Michaud, Senior Advisor in Philanthropic Development
Telephone: (514) 875-9911 ext. 283
PLEASE SHARE OUR CAMPAIGN WIDELY!
#sisterradio #vafriendsofmali Segou 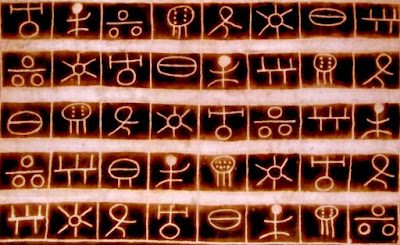 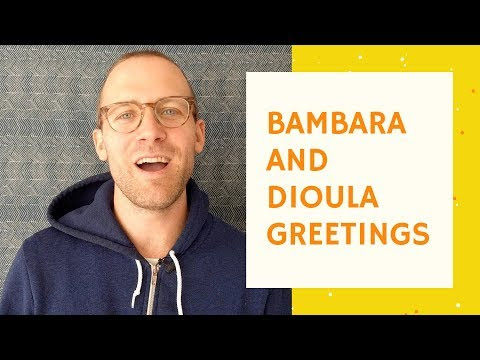 Ankataa A Youtube channel for Bambara Speakers and Learners Videos for speaking, learning and exploring the Manding language in all of its forms: Bambara, Jula, Malinké, Mandinka. New "Na baro kè" video every month. More info at www.ankataa.com . What I love about these videos is that the instructor takes you around Bamako talking to people about each theme, so you hear the voices of indigenous Bmabara-speakers.  Bambara.org   Don o don, tulo bɛ taa kalan so. Every day, the ear goes to school. "I bisimila !  Welcome to our web site on the Bambara language of Mali,  bamanankan .  Here you'll find resources to help you as you learn this great West African language." A Bambara/Bamanakna lexicon online and in downloadable PDF.   Mali   [màli]  n.pro. Mali. Category: Country. mali   [màli]  n. hippopotame; hippo. Category: Animals - wild. 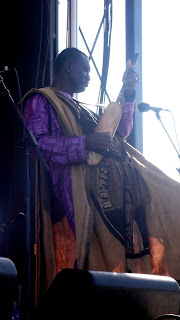 Bassekou Kouyaté and Ami Sacko feted by Richmonders at the Richmond Folk Festival Mali’s famous orchestra NGONI BA was the Toast of the Town at the Richmond Folk Festival. Led by ngoni magician Bassekou Kouyaté and his vocalist wife Ami Sacko, the orchestra of seven Malian musicians wowed the crowd, and ended the Festival at fever pitch as three or four thousand fans danced the evening away at the Dominian Dance Pavilion on Brown’s Island Sunday night, October 16th. Kouyaté is an ancient musical name in Mali. At Sunday’s banjo workshop with four of Virginia’s banjo masters, Bassekou explained how he had learned to play the ngoni from his father and grandfather, and how his ancestors were playing music and sang the sovereign’s praises seven hundred years ago at the court of the original Lion King, Sunjata Keita. The Lion King founded the Malian Empire in the year 1235, and his legend became famous through the songs of his griot Balafasé Kouyaté, ancestor of Bassekou the le